NOBODY MOVE, NOBODY GET HURT 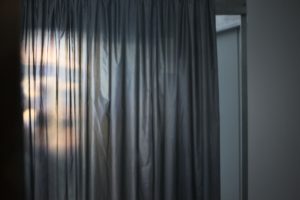 Yael Salomonowitz and B. C. make films together. For a few months now, they share a studio, the OCD studio, which is also Yael’s production company. Yael’s work emerges out of language, Ben’s out of images. The silver rise has been with them since December. The new video piece they are working on is being developed in what they call ‘the space in between’. 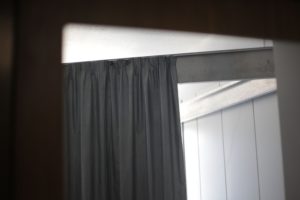 “Seamlessly she moved in and the studio became stage, a piece of reality, thoughts theatre.  And I think how she became our editing suite, projection room, discussion space, how I moved my table on the stage inventing worlds outside, you say you feel hidden, solaris deluxe, we make films on stage and I say we should take more photos, but you are already gone again, it is late on our now stage-bar, after we edited again for twelve hours, soon we’ll be done we said last time. I watch the corners of our triangle and want to say wifi – production- politics, but I say nothing und die Synopsen sinken wohlig und wir lassen den Kopf Kopf sein. Seemlessly she moved in. Ich sage wie ein Kind eben oder ein Auto, sobald es da ist kann man sich gar nicht mehr erinnern wie es vorher war und du sagst Auto passt eigentlich gut.” 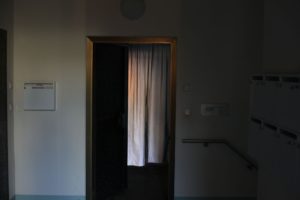 Yael Salomonowitz (b. 1985, Vienna) is a writer and performer. Predominantly she writes short stories, scripts and plays that often get realised as live performances. She recently completed her first feature film script Investments.

B.C. (b. 1990, Wiesbaden) is a filmmaker and artist. He is the co-founder of new rules, a video production company based in New York. Ben recently moved to Berlin to focus on his art practice.

Unlike most other terms that end in “geography”, psychogeography was never a science, not even an art, and only rarely a concrete practice: that of drinking too much and then reapproriating small pockets of urban territory by means of unguided exploration. Psychogeographic cinema barely exists: Guy Debord made its two foundational non-films in the late 1950s, Patrick Keiller released two unlikely additions 20 years later. In between, two German films: as an obvious joke, as a document of psychogeography’s non-existing context, in order to help derail part of its narrative, but also to slighly widen the space across which these films, very clearly, speak to each other; in a language that is not, has never been, and will not be for the forseeable future, the language of cinema.

Copies to go, bring a USB stick or hard drive.

a story about a giant tangle

Jessie Holmes (1982 Vancouver, British Columbia, Canada) based in Berlin. She received her B.F.A from Emily Carr University of Art and Design in 2005 and studied in Frankfurt am Main at the Städelschule Staatliche Hochschule für Bildende Künste, under Douglas Gordon 2013-15. Her practice is based around writing, audio recordings, performance video/film, sculpture. She uses these mediums to look at the liminal between public lives in private space and private selves in public space as a means to investigate the human condition. Often through a formal deconstruction of cinema she isolates components of the cinematic structure. Holmes’ composes ideas of self and (re)presentation of character into poetry and engages in both fictional and documentary frameworks. Her interest is in looking at the notion of conflicting perspectives, unexplained actions and ambiguous departures, captured as experienced.

Elif Saydam (1985 Calgary, Alberta, Canada) is a Turkish-Canadian painter and writer living between Izmir and Berlin. Her practice itinerantly moves between Bild und Wort, with her works functioning as intermediary role-playing devices to investigate themes around desire, fantasy, daydream and access. She used to relate a lot to the archaeologist or detective, but these days she is feeling more like a dentist. Recent exhibitions include the solo presentation “Matador” at Kunstverein-Nürnberg Albrecht Dürer Gesellschaft and “IPF presents Le Misanthrope” at the Montréal Biennale, 2016.

Nobody move, nobody get hurt