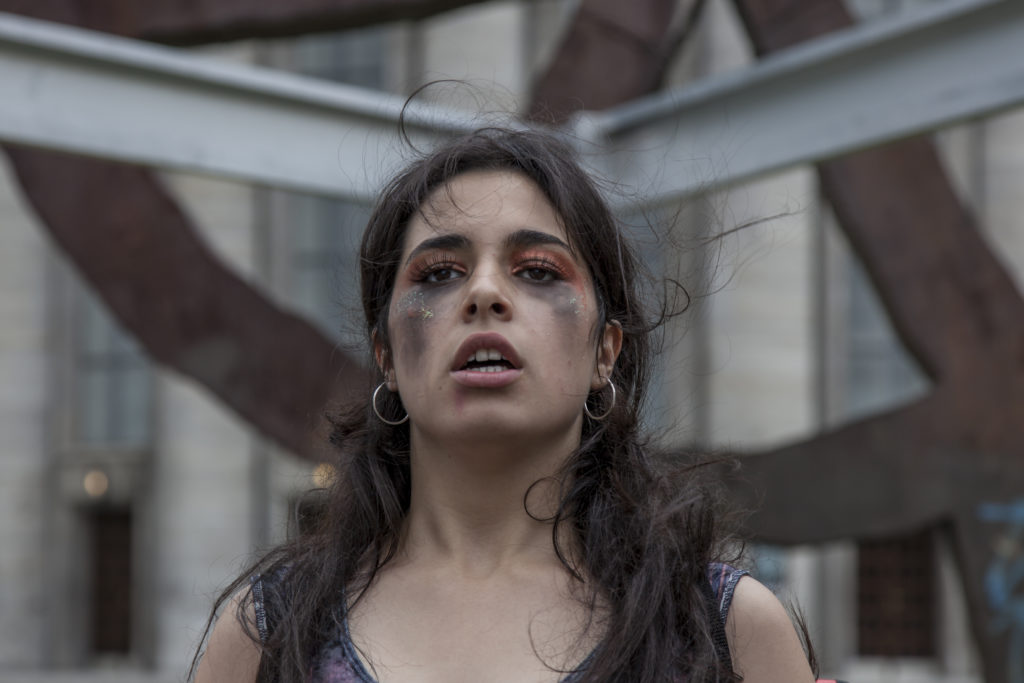 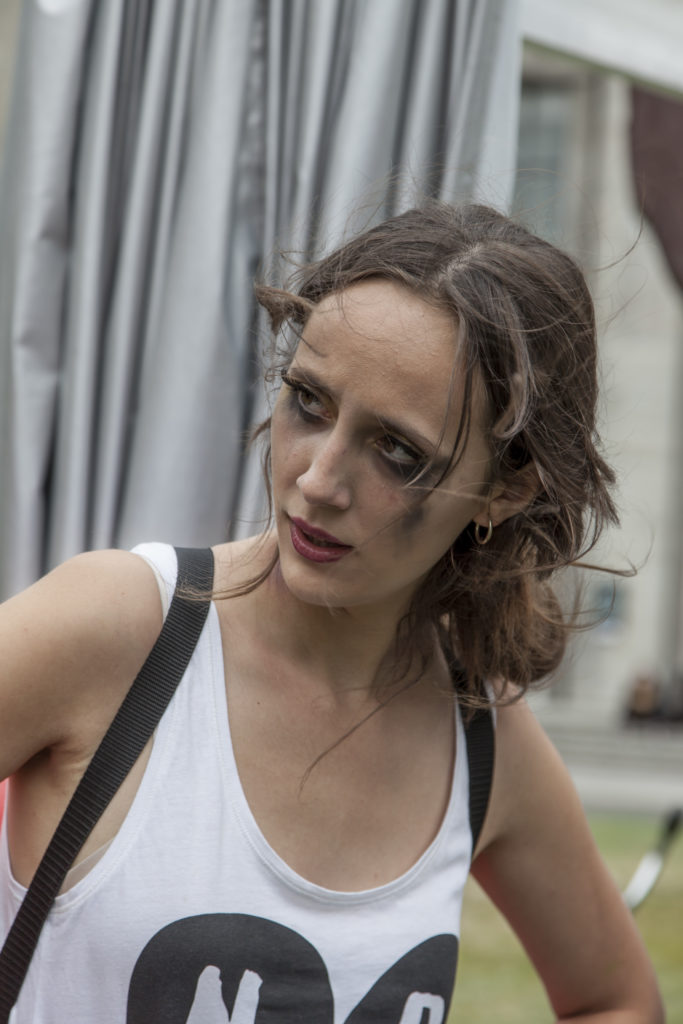 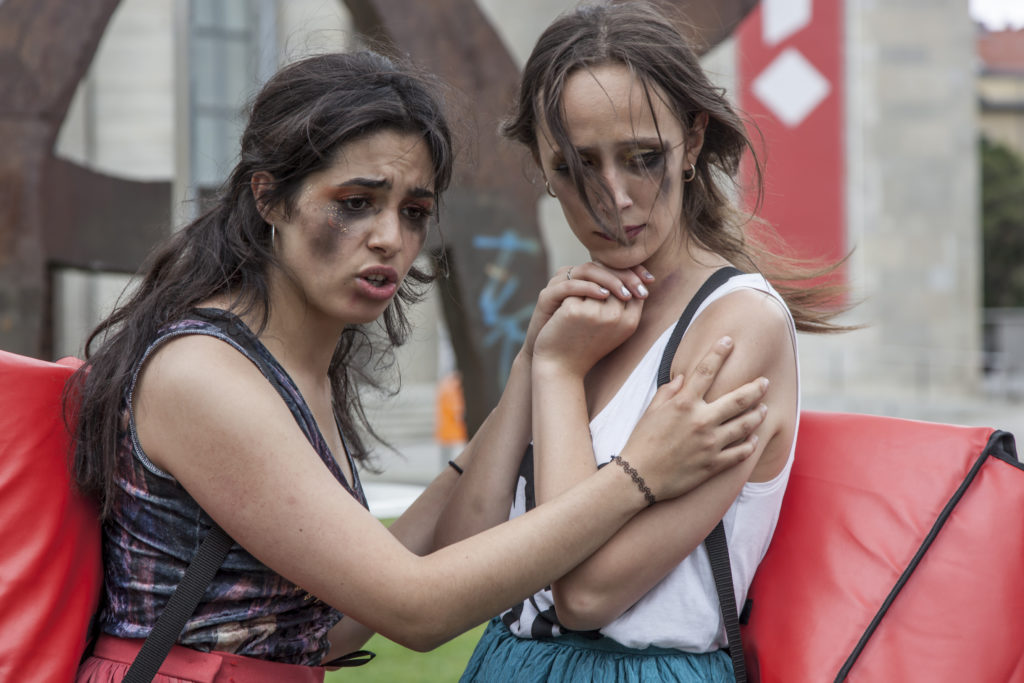 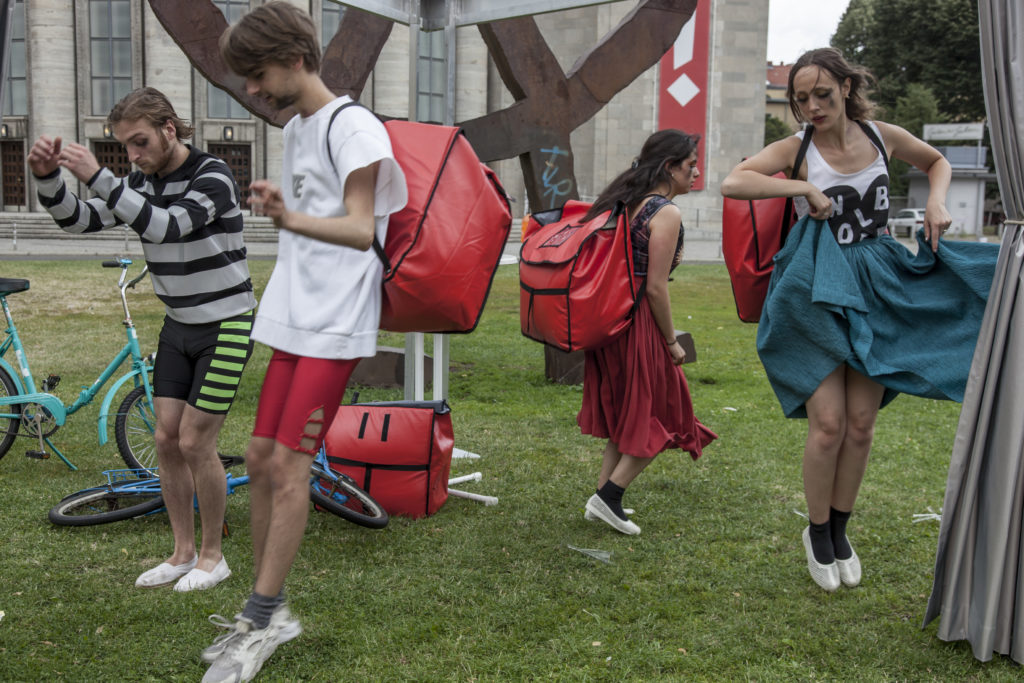 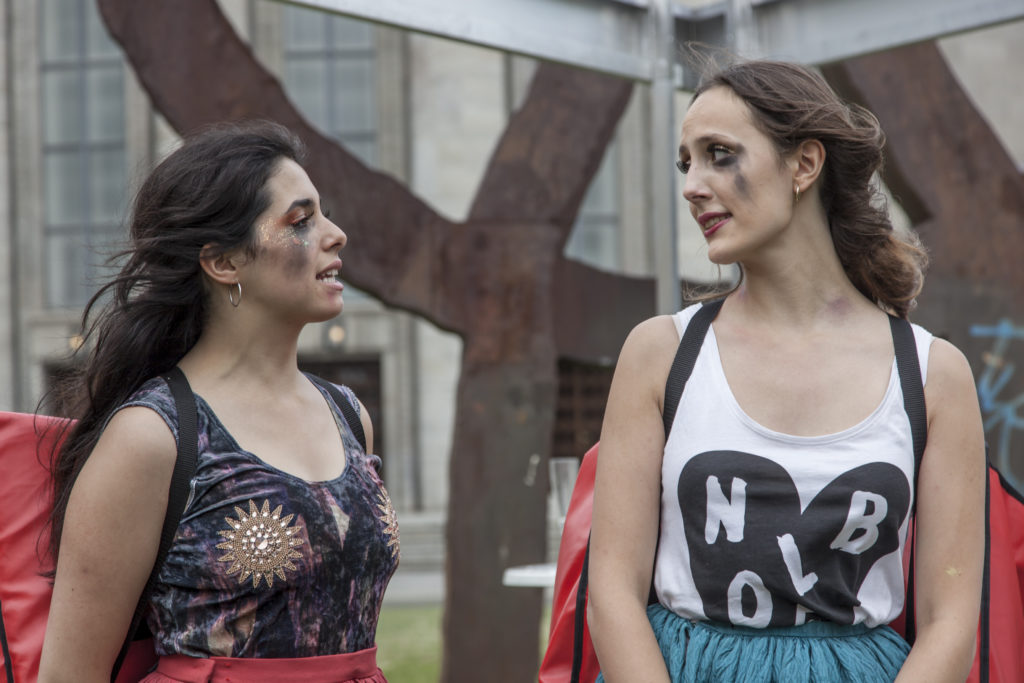 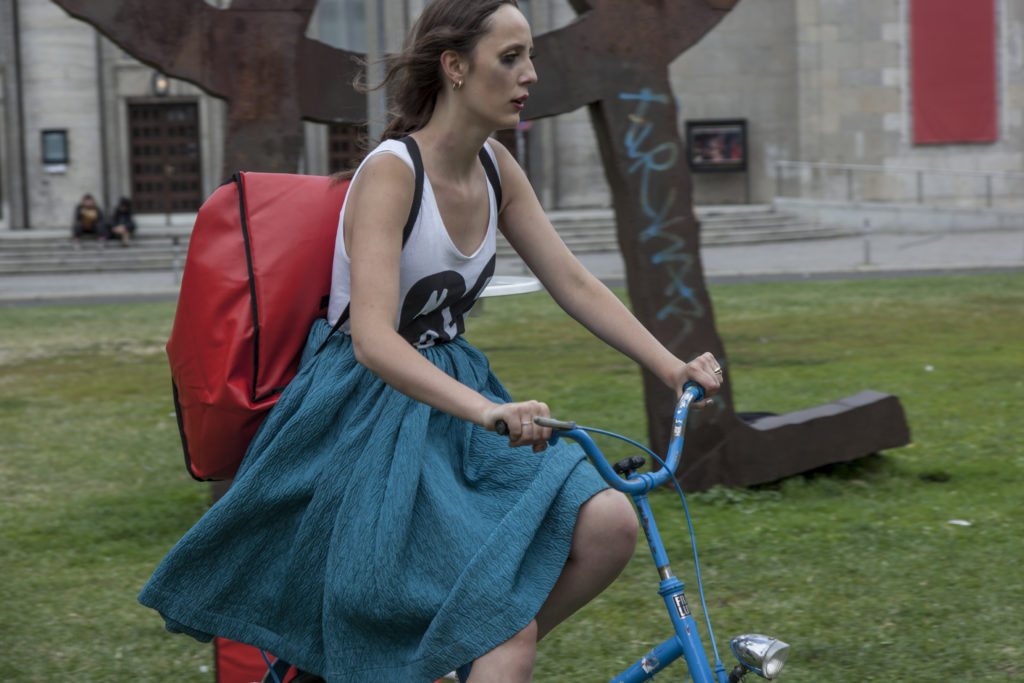 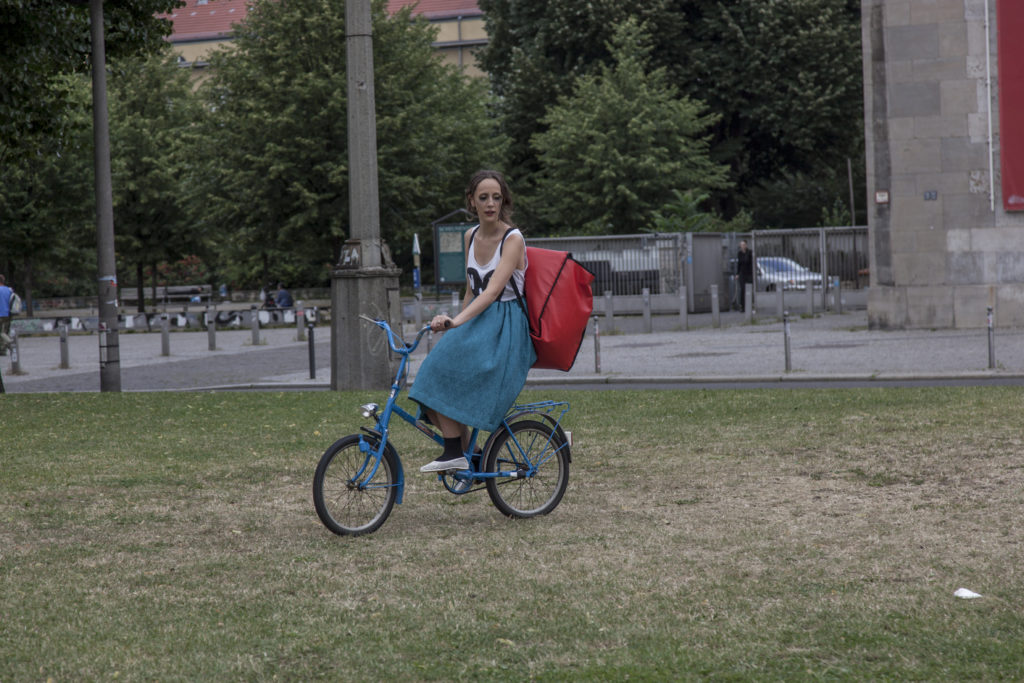 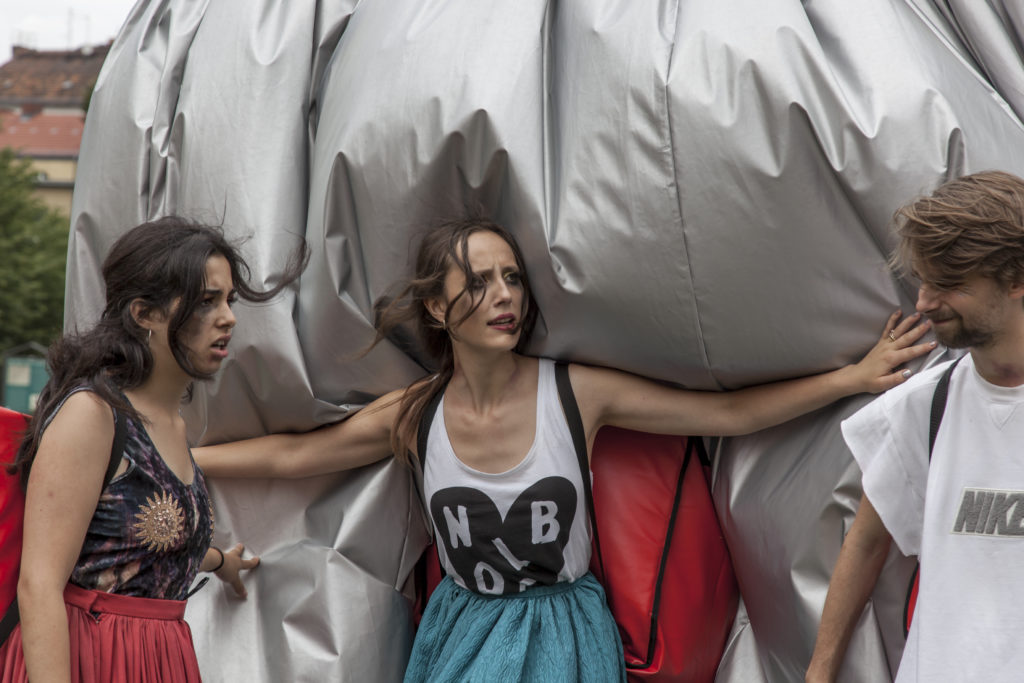 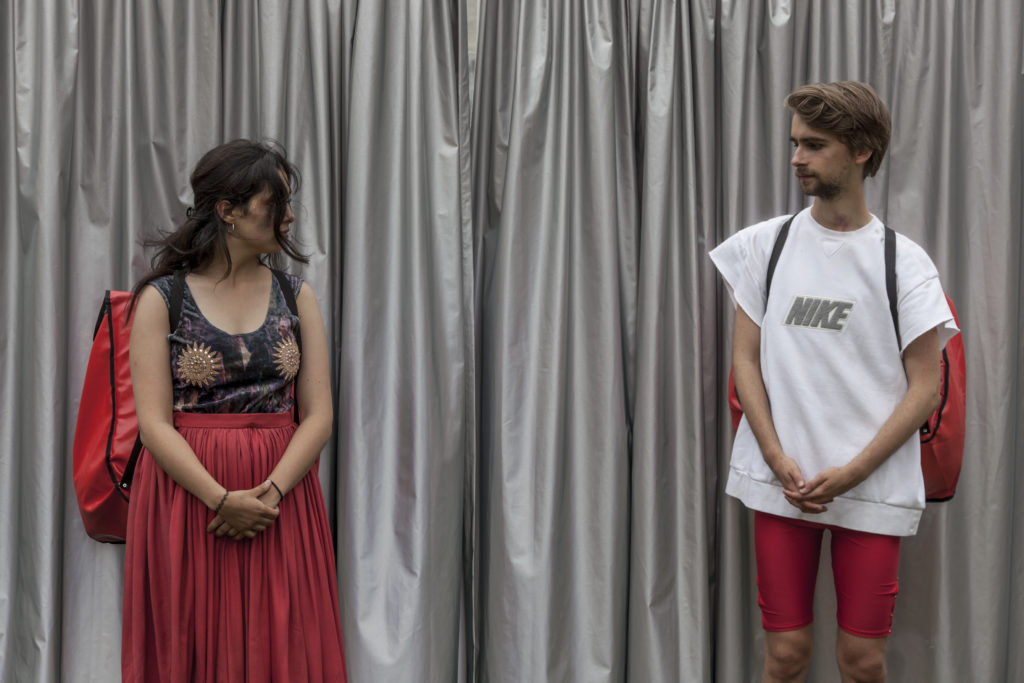 There was a thunderstorm yesterday, it had been in the air all day long, that storm; and I had this feeling that every one of us was cheering for the coming cloudburst. It’s actually supposed to be really hot for that kind of storm, like the one yesterday.

All shops were already closed, so we wanted to share a beer on the curb. A used theater ticket was lying on the ground. I recognized the title, picked it up and saw the note on the back. Someone had written in a pretty, neat handwriting: “And I guess my solitude ends only where the freedom of others stops.”
This must have been the best quote of the show, or else that someone wouldn’t have written it down.
That person might have wanted to take that sentence home but now I had it in my pocket.
Well, we were walking down the streets, us, who all knew each other so well, us, who were so fond of each other. That was us, a motley crew: Stefan Kolbe, Stöpsel, Bumbkin Flo and Konni, well actually Konstantin but we all called him Cool Konni. From time to time we held each others hands and pushed our bikes.
With crammed bags over our shoulders, we walked along this river and past old trees and even older looking columns. This must be how it feels when you belong together, this must be that feeling when you’re not alone.

And then there was lightning in the distance, it came closer and closer, lightning striked, the rumble, the drumming came closer, the distance became smaller and smaller.
It was just like that movie where a young boy is trying to fight nothingness, well, the story goes on and on and more and more is recounted and more and more characters appear, well the story, it is neverending, but nevertheless there’s nothingness waiting outside of the door, it is loud and lightning strikes and one is scared and sad that the little boy, absorbed in his heavy book, is sitting all by himself in his school attic, reading only in light of a small candle. The music is starting to be sad as well, and you’re thinking, oh no, not the organ, not the violins, not the bassoon.

But the cue is inevitable just like the cloudburst, the end of the sticky heat that hasn’t even arrived yet. It is pouring rain and we have to run to find a porch. We stand under the arcades of an old museum, and next to us there’s a birthday celebration dressed in black, we are handed beer and champagne and they even have liver sausage.

There’s a bridge right in front of us, a scooter with two people drives through the rain towards the centre of the bridge, its headlights beaming at the turbulent water.
They get off and in the midst of the biggest storm they look over the city and embrace. I say to myself; that’s weird: “Look, those two have come all the way to kiss in the rain, or are they not kissing at all?” And you say: “Maybe they just broke up.”
And what looked like love to me was perhaps a goodbye.
The next day I learned that this one beautiful sentence is not even part of the play.